Biography
Adam Felch; a man whose conduct always proceeds from good will as well as an acute sense of propriety. His self control always equal to all and any emergencies; He never makes the poor man aware of his poverty, the obscure man of his own obscurity, nor any man or woman of their own deformity or inferiority; He is always humble if necessary for him to humble another; He does not boast of his own wealth, crumble before anyone’s power, or promote any of his own achievements or possessions; He speaks frankly, yet always with sympathy and sincerity; His deed always backs his word; He thinks of the rights as well as of feelings of others regardless of his own; most importantly, he always appears well in any company; Adam is a man that in which virtue is safe and honor is sacred. Adam Felch has done many things during his career, including but not limited to Insurance Sales, Beach photography (5 Years as a summer job during College) Print advertising sales at the Philadelphia Inquirer, Daily News and Philly.com, Face to Face promotions, Online Reputation Management, Brand Management as well as PR. He has had the privilege of becoming a trainer and manager in most positions as he is a perfectionist and elocutionist by nature. Adam Felch gives everything 150%.

Played a predominant role in the building a bootstrap agency with no outside finding into a 28 Million dollar company
Was promoted to senior consultant within first 3 months of employment
Became the first consultant to break 100k in revenue in one month utilizing teamwork and new sales techniques
Was awarded and received, including but not limited to, top sales associate award numerous months while employed
Trained and still trains new hires and helped in closing deals in order to build confidence and team effort
Received Q4 top sales award as a new hire by closing a quarter million dollars in revenue

Currently loving every second of what he does, he is rapidly bringing his face to face skills to open new doors and opportunities in every way shape and form. He is excited for the warm weather here in the Northeast. Among other things, Adam is excited for life! Currently residing in New Jersey and works in Center City Philadelphia where he can literally see the Liberty Bell from where he sits. Pretty amazing!

Adam Felch currently retains the fact that he cannot dance but when needed, can pull off some pretty fantastic moves.
While attending Salisbury University in MD, Adam spent his summers as a beach photographer in Ocean City, MD. This is where he honed his strong work ethic as well as sales skills. He quickly was promoted to manager of the studio. During Collage he was a member of the Sigma Alpha Epsilon Fraternity and held many chairs. Graduating with two degrees, Political Science and Philosophy, he then moved on to a career in the insurance industry. Shortly thereafter he was recruited by the Philadelphia Inquirer for his excellent sales/professional skills. He then took a position with a satellite office of Smart Circle International. He moved up the ranks to Ownership of his own satellite office. Adam Felch Currently sets records in his industry, regardless of what it is, simply because Adam Felch strives to be the best and greatest at all he does and has a genuine care about his reflection his actions leave on the world.

• Secured 23 new advertising accounts in the Restaurant/Entertainment category as a specialist within first 4 months of employment.

• Created advertising strategies for clients and proposed bundled media packages to address all their needs from online to print.

Adam is the absolute best in anything he does. Why? He works. He puts his heart and soul into everything he does. I asked Adam, "What makes you so good at what you do?"...He said with a short pause and a smile..." Passion...That's really it, people can feel it, that's it."

He is dedicated to developing himself in a positive manner, and focuses on avoiding anything that would reduce his mental growth, physical health or business life.

He is focused on developing self discipline on a daily basis to bring out the best in himself and others around him.

He believes that one should always use common sense before self-defense and never be abusive or offensive.

-He takes pride and ownership in everything he does and will always operate smarter and harder than his competition.
-He will stay laser focused on all projects and goals.
-Adam Felch will always go hard, or go home.
-Believes in no excuses, no problems, and that solutions should only be delivered.
-Will never rest on his laurels.
-He will never let himself be a victim of paralysis by analysis.
He will always maintain a constant sense of urgency.

Adam Felch lives life and will always try to improve the lives of others around him.

Do you know Adam Felch? 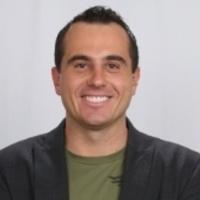 Keep searching for the right business model, once you get in it the sky is the limit for you my friend. I've known Adam Felch for several years now and must say that he is a really great guy. Adam works extremely hard and is a loyal employee. Also, Adam has displayed high levels of thought leadership.

Do you want to request that Completed review the flagged item per the Terms of Use in order to take it down / remove it?

Thank you for your request.

In order to take down/remove this review/comment, you should claim this account. Do you want to proceed to the Claiming page?

No Worst Failures in Business Specified