The Human Rights Foundation (HRF) is a nonpartisan nonprofit organization that promotes and protects human rights globally, with a focus on closed societies HRF unites people in the common cause of defending human rights and promoting liberal democracy. Our mission is to ensure that freedom is both preserved and promoted around the world. We focus our work on the founding ideals of the human rights movement, those most purely represented in the 1948 Universal Declaration of Human Rights (UDHR), and the 1976 International Covenant on Civil and Political Rights (ICCPR). HRF incorporated on April 12, 2005, in Washington, D.C. Former Cuban prisoner of conscience and diplomat Armando Valladares became HRF?s first chairman in March 2006. Founding HRF international council member and Czech dissident V?clav Havel became chairman in August 2009. After the passing of Havel, Garry Kasparov, a world-renowned chess player, and Russian human rights activist became HRF chairman in May 2012. Mission:?We partner with world-changing activists to create innovative solutions that activate millions of supporters to unite the world to stand against tyranny. 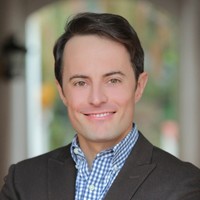 Thor Halvorssen
CEO
1.0
Worked since Thursday, Oct 06 2022
Only the CEO can claim this profile. If you are the CEO, first claim your profile and then claim your business page.